Liege-Bastogne-Liege is the oldest of the professional bike racing "classics", the first of the hilly classics on well-paved roads which bring out a fresh set of specialists after Paris-Roubaix wraps up the cobbled classic season. CyclingNews reports that the 2015 race will be 10 km shorter than last year's edition. This made me wonder what the historical trend has been for this course. Has it experience a decline similar to what we've seen in Tour de France stage lengths, or an overall increase similar to that of Milan-San Remo?

The answer is the latter. Distances overall are at a relative historical high. Even the shorter 253 distance for 2015 is solid by race historical standards: 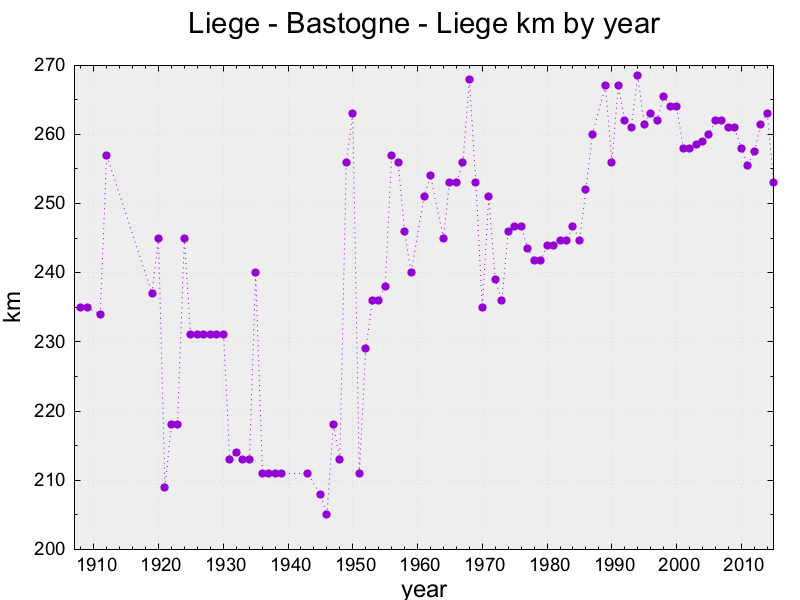 But longer race distances don't mean slower speeds. Here's the trend in average kph of the winner. There was a big increase in the early 1930's with the introduction of derailleurs into pro racing, then in the 1990's with another sort of technological improvement. There's been no dramatic retreat of speeds since but you can perhaps perceive a gradual reduction since the glory days of chemical enhancement. I think in terms of speed the reduction in hematocrits has basically canceled the significant aerodynamic improvements primarily in wheels and clothing. 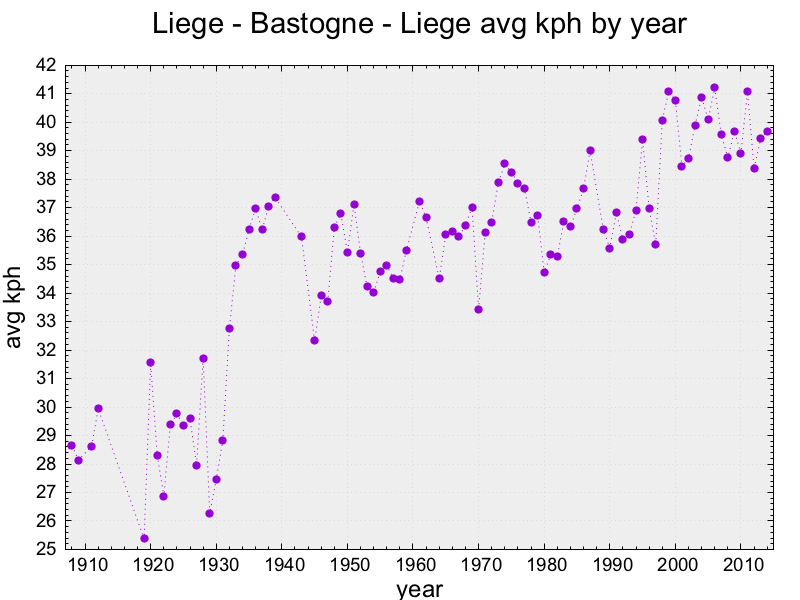 One message I like from this plot is that despite all the marketing of how a bike even a few years old is terribly noncompetitive, once the derailleur was introduced bringing useful gears from one (or perhaps two if you allow for wheel flips) up to maybe six, those guys could really motor: 37 kph in 1936. How many cat 3 road races over hilly terrain match that today for even 100 km?

Speaking of 1936, here's a video from the 1937 Paris-Nice. You thought the level-crossing incident at Paris-Roubaix last Sunday was bad?